6 Ways to Sherry in Richmond 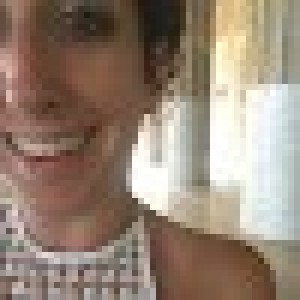 When people hear the word “sherry,” they may experience flashbacks to a sweet concoction their grandmother drank during dinner. But in recent years, dry-style sherry has been seen sneaking its way onto cocktail menus throughout Richmond, embraced by area bartenders for its depth and more prolific favor profiles. Made from white grapes grown in a trio of southwestern Spanish cities known as “The Sherry Triangle,” the fortified, multi-varietal wine is having a bit of a moment, and we’re here to join it and help you find sherry in Richmond.

This newly opened, Edgar Allan Poe-inspired watering hole combines two things Richmonders appreciate most: history and food. Brick-lined walls and garden views in this charming Linden Row respite make the restaurant feel like a mini escape. Grab a seat at the bar and channel the 19th century writer and poet through their version of a popular drink during the 1800s, a sherry cobbler. Dubbed the Parterre Cobbler, it brings together, amontillado sherry, Demerara syrup, mint, orange and lemon, for a simple, refreshing, classic union.

The swinging “BAR” sign hanging outside the Carytown watering hole may seem low-key, but what awaits inside the cocktail lair is far from modest. Led by Mattias Hägglund, Thomas “T” Leggett and partner Kevin Liu, The Jasper was quickly crowned one of the “South’s Best New Bars” by Garden & Gun. And, bartender Brandon Peck was named a 2018 Rising Star by Star Chefs. Providence & Grace presents a balanced, more playful version of a whiskey sour with bourbon, a bitter-finish vermouth Punt e Mes, oloroso’s sweeter sherry sister, East Indian Solera and lemon.

The intriguing Indian-influenced remedy isn’t only fun to say, it’s fun to drink. Crafted for a guest bartender series Virago Spirits in Richmond, the beverage ended up transitioning to the menu at Nama. Virago’s lightly-spiced 4-Port Rum serves as the foundation for this slightly sweet and tart libation made with oloroso sherry, housemade mango lassi, lychee and turmeric.

What is “Shoegaze on Sundays?” A potion of blanco tequila, mezcal, Cocchi Torino, saccharine PX sherry and mole bitters. The cocktail is prepared by some of the best booze hounds in the city, Sophia Kim and co-owner Justin Ayotte. Cinnamon and cocoa from the Xocolatl Mole bitters soften the intensely sweet sherry, while bringing the tequila and mezcal to life. This dimly-lit Jackson Ward eatery synthesizes flavors from the American South and Central America, on both the drink and food front. Oxtail sopes should be a part of the evening’s itinerary.

How do you get your Sunday started? With a brunch-exclusive punch bowl, brimming with rum, sherry, Velvet Falernum, earl grey tea, Angostura, lemon, and lime in the Union Hill neighborhood. Requiring a squad of sippers, this Metzger Bar & Butchery creation serves four to six people. The mind-boggling booze bomb tiptoes between tropical tiki vibes, and an energizing early morning embrace. Don’t worry, the chicken schnitzel and gravy with duck fat potatoes can soak up the fun Ferdinand and Isabella offers.

At the Table with Brittanny Anderson, Chef and Owner of Three Restaurants in Richmond, Virginia

At the Table with Sam Ratto, Founder of Videri Chocolate Factory