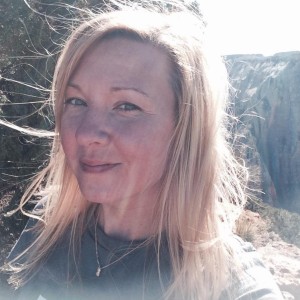 Wine pairing menus are classic and established in restaurants. This is not always the case when it comes to cocktails. A confident and appetizing food menu is rarely a good gauge of what is going on with a cocktail menu. Often a cocktail program is an afterthought, or when the bar is cocktail driven, and food is the side note. But there is a ripple in hospitality trends, with restaurants meticulously composed to be more cohesive for enthusiasts, merging cocktail and dining culture. Atlanta is chock full of gems.

At Decatur’s Kimball House, interconnectedness is a mission statement. Where there could be juxtaposition, there is mutuality. Set inside an historic train depot built in 1891, dinner can be old fashioned elegance. When seated in a tufted leather, sipping a namesake classic martini out of a cut crystal glass, caviar service feels meant for the space. At the same time, saddling up to the curved wooden bar rail to knock back happy hour oysters and a chartreuse tonic – whose earthy and herbal notes play well with oyster brine – feels just right.

Co-owner Mile Macquarrie describes the place as “serious but never too serious; fun dining not fine dining.” Classicism meets innovation with riffs on classic cocktails with tinctures and spirits infused with herbs and flowers from the Kimball House garden and nostalgic dishes with twists that face decidedly into the future. Bar Manager David Chapman deftly steers guests (that’s how one feels here, as a guest, not merely a diner) toward a cocktail that pairs perfectly with caviar and middlins. No booze in your cocktail, no problem. A zero-proof cocktail comes with all the twists and flourish as an alcoholic version. He just doesn’t have to reach up on the ladder to grab a bottle of spirits from the backlit shelving.

Marrying cocktail and dining culture can also be really rad. Gunshow is loud and frenetic. Diners are seated literally in the cooks’ kitchen with all the action going on around and including them. Chefs – there are many collaborating – come to guests with their dish, and like dim sum, choose it or wait for another. It’s a reactive interaction in both serving style and cooking with what is seasonal and local. Chefs push the boundaries of what is southern food with extraordinary flavor combinations and clever plating. A recent entrée tops herbal and spicy bullet naan with tandoori chicken liver, coconut, and tamarind. Soup comes in the form of sweet potato and Benton’s bacon chowder topped with savory funnel cake made with bacon fat powdered sugar.

Drinks aren’t secondary or a supplementary character at Gunshow. Just as food showily travels to diners with backstories, a cocktail cart roams the space, lighting cinnamon sticks on fire for their Toasted Old Fashioned. There are so many places to steer your eyes. It’s theater for the one who ordered the cocktail and those nearby. Bartenders use the same offerings from farmers and have their own stories to tell with concoctions. A harvester martini is made with duck fat washed gin and parsnip bitters. A creamy Suissesse is made with Cajun- spiced orgeat, frothed egg white, Herbsaint, and local herbs like anise hyssop and lemon balm.

Cohesiveness also comes in the form of marrying ingredients from the dining menu and the cocktail menu. Cocktails are as important as the menu itself at Westside’s Aziza. They could stand alone as restaurateur Tal Baum’s vision of modern Israeli cuisine. Take Beverage Director Demario Wallace’s Harissa Explains it All; the main ingredient is North African hot chili pepper paste along with citric, malic, smoky mezcal, and the natural sweetness of agave. It stands up to chef Brandon Hughes’ Akko Prawns and their rich harissa tomato sauce. Tangy, lemony sumac brightens baby lettuces the same way it heightens Wallace’s Levant Cooler or his non-alcoholic Tamarind Julep.

In a cozy corner of Krog Street Market, Ticonderoga Club draws from an American Colonial era ambiance. Named for an 18th century fort in New York, it’s not the kind of place you can park your stagecoach, stay the night, and eat breakfast, but it is reliable for gracious tavern hospitality. Dreamt up by an Atlanta dream team of hospitality veterans, Ticonderoga strives to position food and drinks equally. Some sit at the bar to drink, some to just eat, and some to do both.

Sit in the bar’s captain’s chair and try an Ipswitch clam roll, wittingly priced at $17.66. Fresh Ipswitch clam bellies are fried to perfection, then piled on a buttered pan de mie with drizzles of tangy tartar sauce. There is always a fresh catch and sides with such an attention to detail that you will want them as a meal (try braised mushrooms if ever you see them). Sip on the fortified wines that were the popular imports of colonial America by way of a flight of Sherry or vermouth. The signature Ticonderoga Cup with aged rum, cognac, sherry, pineapple, lemon and mint in a copper vessel beaded with condensation would make the founding drinkers proud. Three ingredient Alastair’s Hound is a punk rock version of a Bobby Burns. As it is served, you may get a little back story of the book that inspired it or how steak friendly it is as servers ring the bell that signifies a 48 oz. Chuck Wagon Dinner is headed out to a table.

Follow food journalist Angela Hansberger on CurEat for her Atlanta restaurant and bar recommendations. If you don’t have the CurEat app, you can download it for iOS and Android.

Restaurants saved my life. Now it’s time to save them.

At the Table with Scott Witherow, Owner of Olive & Sinclair

6 Late Fall Cocktails to Give You Pre-Thanksgiving Spirit