Restaurants saved my life. Now it’s time to save them. 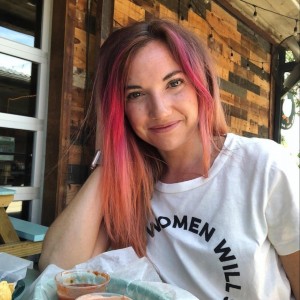 Many families have crests, a tartan, a flag, a distinguishable nose, a fiery temper as their identifier. They have traditions at holidays, family recipes passed down through generations, and stories they tell at gatherings. That bond, however it progresses, starts with a shared name and genetics.

My family doesn’t share either of those, most of the time. In fact, they often become family in less time than most people, under normal circumstances, become friends.

You can identify my family members when you hear them instinctively say “Corner,” “Behind,” “Heard” at the grocery store, in line at the coffee shop, and at home. They eat most of their meals, if you can call them that, standing over a trash can. They do spend most holidays together, but at work, fussing over someone else’s dinner rather than their own.

Their rallying stories are of surviving 16-hour days, on three hours of sleep while likely battling a wicked hangover. They gather just before last call at the favorite industry bar. They’ve all cried and/or screamed strings of expletives a time or 12 in the walk-in cooler. Monday and Tuesday are their weekend days, if they get them at all.

But most of all, they love what they do — making people happy — especially when continuing seems impossible. That’s when they thrive. These are my people.

I was 13 when I started working in the food and beverage industry. The little shop I worked for paid me cash under the table for a few months until my birthday made me legally able to draw a paycheck. Technically, I was still two years too young to use a knife, but I did anyways and became a junior manager by the time I was 15.

I hopped around to a couple more restaurants in high school and college, working mostly front of house but also training in the kitchen . My first day BOH at the former Italian Market & Grill in Greenville, South Carolina, I pulled six pounds of basil leaves off the stem. My green-stained fingertips burned for days after, and I wore those smudged, unidentifiable fingerprints like a badge of honor.

A glutton for punishment, I was just the type to fit in. I never wore gloves in the dish pit — my children marvel at the hot things I can handle now without flinching. My shoe choices as a hostess had everything to do with fashion over function even though I’d be standing for eight-plus hours.

I worked multiple shifts with bronchitis, double ear infections, sports injuries, missed family holiday celebrations, and picked up all of the vices one does post-shift at 2 a.m.

But I loved it, and I loved them — the strangers-turned-family who saw me at my worst and taught me how to be my best.

As an insatiably curious young teenager resistant to boundaries of any sort, I had exhausted the patience and understanding of my rigidly conservative biological family. We didn’t get each other. But my new coworkers did, or at least, at that volatile time in my life, they did just enough to provide me that sense of belonging.

My interest in restaurants quickly became as much about the food as the people. Growing up in a family of five on very limited income meant dinners at home were simple, and dinners out were almost non-existent. But I loved to eat, even though my palate was infantile. That would quickly change.

Watching real food, not from a can or box, being prepared made me crave the ability to do that myself. When I wasn’t in the restaurant, I watched every Food Network and PBS cooking show I could. I read all the magazines, scoured cookbooks, and eventually started using my paychecks and tips to buy groceries and cook dinner for my family at home. My Indiana-farm-boy father wasn’t so sure about Caribbean Jerk. Years later, he’d actually enjoy my version of Thai Peanut Chicken, and I consider that one of my greatest accomplishments.

As a journalism major in college, I started writing restaurant reviews for the school newspaper. It wasn’t until a decade later that I would become a full-time food writer. In between I was still wishing, one day, I might go to culinary school and open my own restaurant. Having children laid that dream to rest, and I became executive chef of my own home, feeding friends and family as often as they walked through my door, but I couldn’t shake the desire to be in professional kitchens, surrounded by the passion I fell in love with years prior.

In 2016, restaurants, again, provided an escape and safe haven for me as I traversed some deeply personal and life-altering circumstances. My job was to write about them — my family — and as I sat at a different bar each night, chatted with chefs, did shots with the service staff at the after-hours spot, and further developed my palate (that’s a never-ending journey), I realized I had a unique opportunity: to communicate the value of the hospitality industry to a highly privileged readership, many of whom were satisfied with their standard Friday night steakhouse dinner.

I suddenly wanted them to be dissatisfied with that weekly occurrence. Once in a while? Fine. But I believed they could want more, and learn to want more, and could be taught to recognize the importance of the people who worked for $2.13 an hour in order to provide them an evening of comfort.

Through one college professor in particular and later experiences hosting three European exchange students, I had come to believe much of the general public and I were unintentionally ethnocentric and small-minded because we simply didn’t have the knowledge base of those who’d experienced life outside of the United States. “Know better, do better” is how I tend to operate, so the only reasonable response was to immediately fix my lack of interaction with other cultures. Budgetary constraints and eventual parenting responsibilities, however, kept me from traveling and expanding my mind the way I wished I could.

But, then, there was food. And there were chefs trained to transport us to those locales thousands of miles away via flavors and textures. They provided an escape, which translated into a broader appreciation and understanding across many seemingly unrelated aspects of my life. If it did that for me, it could do that for others.

My food writing has been shaped by that belief — that through food and the shared experiences that accompany the art of hospitality, we can be better than we were before we took that first bite of foie gras. More mindful of our history than before we connected to the farmers from a century ago through a salty potlikker. More aware of our limited knowledge than before the lemony heat and tingle of a sichuan peppercorn expanded our understanding of taste.

So why, in the wake of Covid-19’s devastation of the hospitality industry, are we screaming at Congress to save restaurants?

Because restaurants save lives. I know, because they saved mine.

Follow Ariel Turner on CurEat for her restaurant and bar recommendations.

At the Table with Joseph Stinchcomb, Beverage Director at Saint Leo in Oxford, MS

6 Ways to Sherry in Richmond