13 St. Louis Restaurants That Prove The Gateway City is a Diner’s Dream 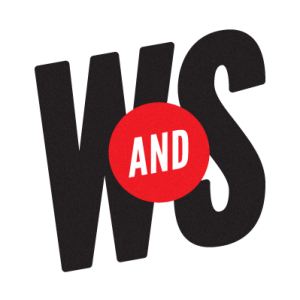 For far too long, St. Louis has been judged because of the foods that have made us famous. Provel cheese. Toasted ravioli. Gooey butter cake.

We are more than that—but, at the same time, you’re totally right. We eat those things. One of life’s greatest (guilty?) pleasures is watching a St. Louis Blues game at home with an order of Imo’s St. Louis-style pizza and some t-ravs on the side. Heck, maybe even some Fitz’s root beer if we’re not drinking something from one of the 90-something local craft breweries.

But St. Louis also has a lot of great restaurants. If you’re surprised by this, it’s probably because you’re an out-of-the-loop person who thinks date night means going to Outback Steakhouse. Sorry, that may have been too harsh. I might be getting a little defensive…but in the last four years, we’ve won two James Beard awards (and been nominated for more), have multiple restaurants that have been named in national publications, and I DON’T NEED TO JUSTIFY THIS TO YOU.

Here are 13 St. Louis restaurants you should eat at while you’re in the city, just to prove you wrong.

Start your day off at Nathaniel Reid Bakery. Get yourself an espresso and whatever pastry looks best—I highly recommend the chocolate almond croissant, but a ham & cheese tiger claw isn’t the worst way to kick things off, either.

Go do…whatever. This is about food. Find another list about activities. When you get hungry again, it’s time to decide on lunch. This won’t be an easy choice, friend…but I think you should pick between Balkan Treat Box (BTB) or Union Loafers Bakery. BTB takes Bosnian food to a new level with their wood-fired oven and incredible flavors; you probably want to get the cevapi or pizza-like pide. Loafers, the best bakery in town, keeps things simple with sandwiches and salads, but I guarantee they will wow you.

Dinner is equally tough. If you’re looking for something casual, Grace Meat + Three’s elevated Southern cuisine might be the best choice, or Pastaria’s housemade pizzas and, uh, pastas. The ‘nduja pizza with honey is not just my favorite pie in town, it’s my favorite anywhere. On the higher end, you have James Beard winner Sidney Street Cafe with their contemporary American cuisine and Savage, the kind of tasting menu experience that feels more like theater than a meal.

Right between high end and casual sits Louie (not Bar Louie!). Go. Eat. Send me a thank you card.

To read the rest of my list of my favorite St. Louis restaurants, check out my 13 Places You Can’t Miss in St. Louis. Download CurEat (iOS or Android) to start creating your own CurEat 13 lists.

At the Table with Sam Ratto, Founder of Videri Chocolate Factory

At the Table with Chef Vivian Howard, of Chef and the Farmer and A Chef’s Life